Laughter at the Beach 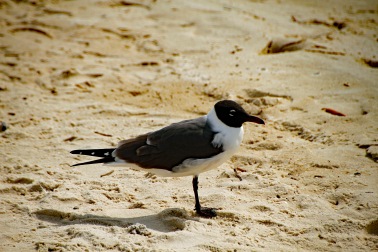 It takes 3 years for a laughing gull to mature. These birds undergo changes in their markings during this time. 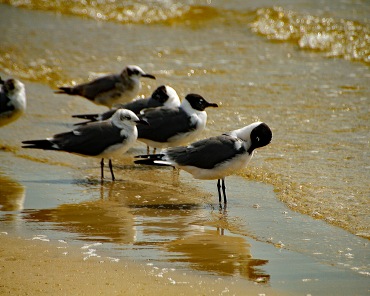 If you were a paranoid person, you might mistaken the high pitched laughs at the beach for a women making fun of you.  In reality, you are hearing the LOL of the laughing gull, a medium sized gull of the Atlantic and Gulf coasts.

Dozens of these medium sized gulls hang out in the shallow lap zone of the beach at Fort Island Gulf Beach Park in Crystal River, Florida. These gulls eat fish, crustaceans, insects and the mollusks that live at the beach too. These gulls prefer warmer weather and migrate from the New England coast southward into Virginia and other points south.

So the next time you hear laughter at the beach rest assured no one is laughing at you but mother nature. Ha-ha-ha-ha-haah-haah!