Posted by Gary on February 26, 2016 in Birds of the Field and Forest 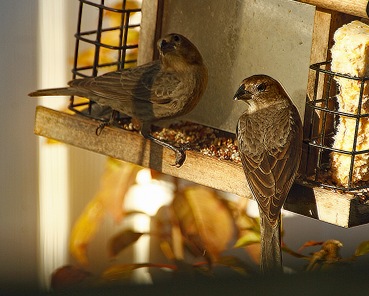 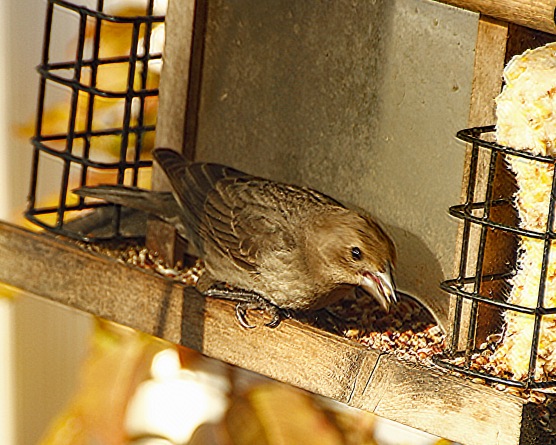 Brown-headed cowbirds came to my bird feeder yesterday. I am not a fan of this bird because it is responsible for the decline of many species of warblers.

Cow birds were once restricted to the prairies of the mid-west. Although cowbirds eat seeds, insects are a significant part of their diet. These bird followed the wandering herds of bison, eating the insects attracted to the large animals. If the cowbird was to stop to build a nest, the herd would have moved on and with it, an important source of food.  So over time, the only way this species survived was for the female to lay its eggs in the nests of other species of birds and let them raise their young.

Cowbird eggs hatch faster and the cowbird nestling is larger and grows more rapidly than the host species. So when a cowbird lays an egg in  a  warbler nest the cowbird hatchling grows larger and kicks out the warbler’s nestlings.

Most species do not recognize the foreign egg, however the yellow warbler, a beautiful yellow bird with red-brown streaks on its breast, does. It rebuilds a new nest on top of the eggs and starts again. A few other species also recognize the alien egg and will peck a hole in it.

Although it is easy to blame this bird for the decline of other species of birds, it is actually people who have fragmented the forest environment who paved the way for the cowbird to spread out from the prairie and here to Florida where they hang out at the numerous cattle ranches.