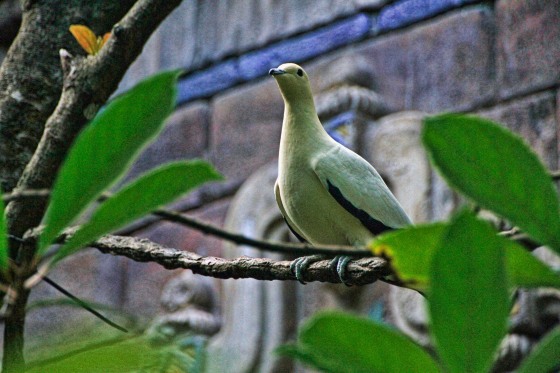 In the forests, mangrove swamps and scrublands of Southeast Asia and on the northern coast of Australia, the pied imperial pigeon flourishes on the fruit of  tropical trees, shrubs and vines. It builds a stick nest In which it lays a single white egg. Although there were once hunted because they were thought to be pests, they’re numbers are secure.

← The Duck With a Goose’s Name
The Common Emerald Dove →