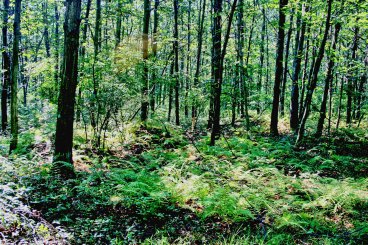 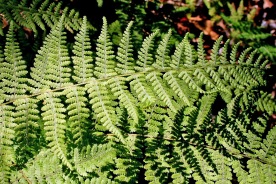 Your sense of smell can be helpful in identifying plant species. Wintergreen plants smell just like wintergreen life savers. Many of the mint species have minty odors and garlic mustard, a weedy herb, smells like garlic.

The hay-scented fern has a distinctive aroma of freshly cut hay when crushed or bruised. It is an intricately cut fern which separates it from many other fern species. It has spores on the undersides of its leaves. I have seen it growing in a variety of habitats from freshwater wetlands to dry woodlands with rich soil. It tends to grow in large colonies where found in eastern North America.

Be sure you have an idea of what the plant might be before crushing a leaf and sniffing it. You certainly do not want to sniff every plant you see. I was both amazed and dismayed at fellow students, in my college botany class final, who did not recognize poison ivy and made the mistake of crushing and sniffing it to determine what plant it was.

← The Fern Found Around the World
The Tasty Fern →