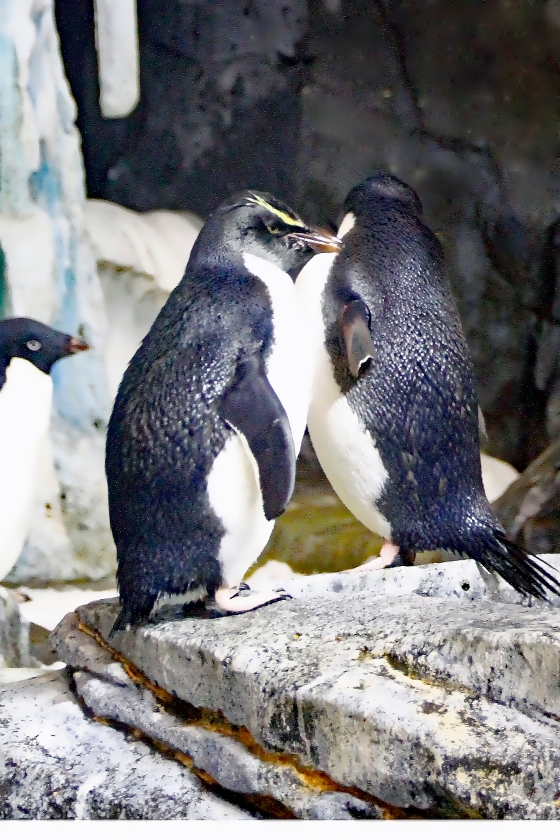 Unlike other penguins that waddle as they walk or slide on their bellies on snow, the rockhopper penguin hops over rocks and stones on the rocky coasts they live on. The rockhopper penguin was thought to be a single species, but it has been determined that there are 3 distinct species. Rockhoppers live at the tip of South America, on the Falkland Islands and other outlying Antarctic Islands.

These small penguins eat krill, shrimp, crabs, squid and similar marine life in the southern oceans. When hunting, rockhoppers must look out for leopard seals, sharks and killer whales that feast on penguins.

Although numbering seven million individuals, the rockhopper penguin has decreased by 90% since the early 1900’s. The reason for the drop is unknown, but scientists suspect that pollution, fishing by humans and climate change is contributing to this penguin’s decline.

← Penguin of the Sea
Another Abundant Penguin Species →