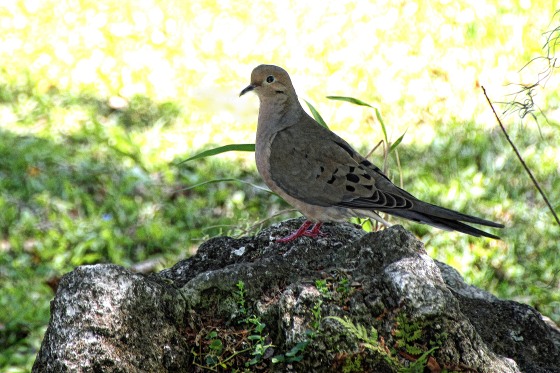 This bird is widespread in North and Central America preferring open habitat where it thrives on farmlands, fields and forest openings. It even does well in urban areas.

Its cooing is often mistaken for an owl call. It is mostly the males that call courting the girls. Its primary diet is seeds and it often will scuff up seeds to fill its crop and then fly to a perch to digest the cache.

There are over 350 million of this game bird and despite hunting pressures that take over 20 million doves annually, its population remains stable. This is due to its prolific breeding.

← The Wasp Moth
The Carolina Chickadee →