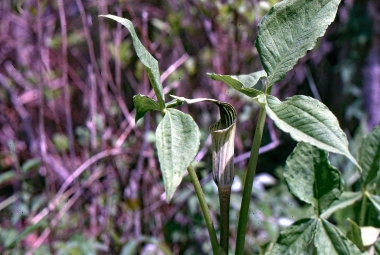 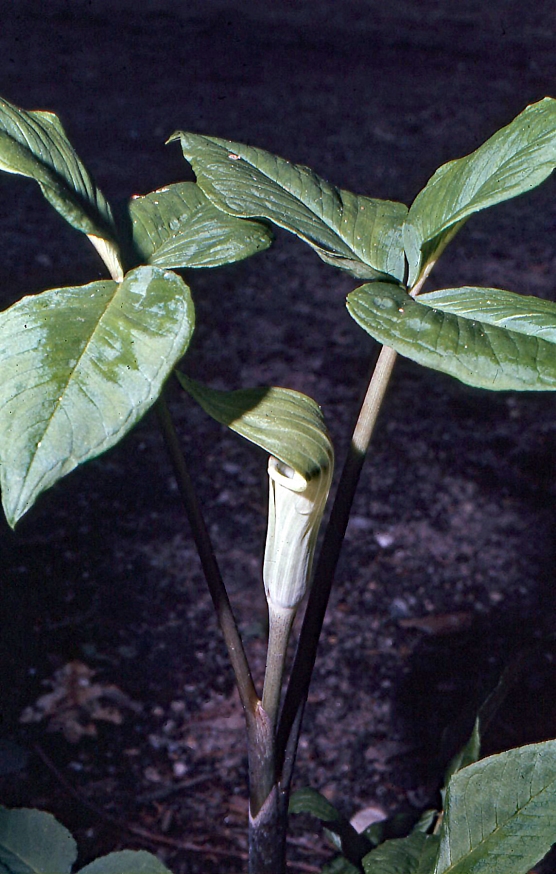 This wildflower deceives tiny gnats into thinking it is a fungus to trick the insects to pollinate it. Fungus gnats seek mushrooms to lay eggs so the larvae have a food source. Jack-in-the-pulpit gives off a faint mushroom-like odor that attracts the gnats. These insects land in the spathe shaped male blossom where they become trapped. It is challenging for the gnat to escape because the inside of the flower is slippery. In trying to leave the flower, they are dusted with pollen. The only way out is through a tiny opening at the bottom of the blossom where they make their escape.

You might think these bugs would learn from their mistake, but they cannot resist the attraction to the odor of the jack-in-the-pulpit and they continue to become trapped. Once they reach a female flower they are doomed. There is no escape like there is in the male blossom, but in doing so pollen is ultimately transferred to the female flowers. Once pollinated the flowers will produce a cluster of berries, green at first, then ripening into a brilliant red in the early fall.

Jack-in-the-Pulpit is a wildflower of wetlands and moist woodlands from the mid-west to the east coast of the U.S. Its deception to the fungus gnat ensures the plant’s survival.

← Plums by the Beach
The Plant Sowed by Ants →