What IS That Bird?

Posted by Gary on September 4, 2013 in Wading Birds 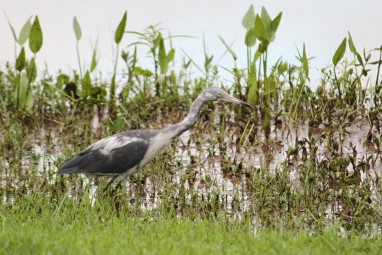 Looking for Frogs and other Prey. 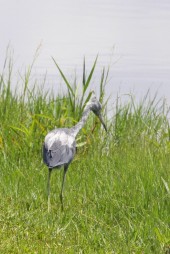 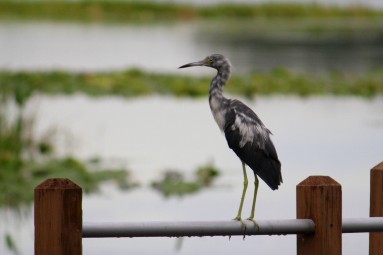 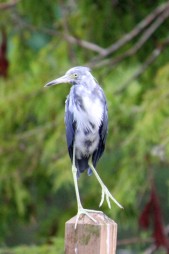 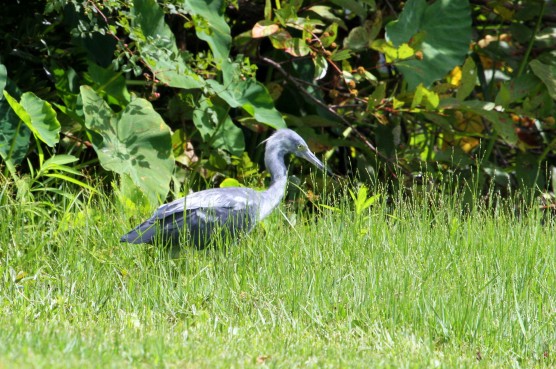 Hunting insects in the grass.

“What kind of bird looks like a small heron, but is black and white? We see it every evening down by the lake.”  This is a question that several Arbor Lakes residents asked me recently on my daily walks and in the pool. Without having seen the bird, I suggested that it could be an immature heron, but I would have to see it to be sure.

As I approached the lake, after being stopped by people curious about the bird, I was extra vigilant in looking for this mysterious bird. I saw a small dark blue-gray and white, sleek  heron-like bird walking along the edge of the lake eating prey hiding in the grasses. It was very shy and I could not get close to it to grab a clear photograph of it. But from what I could see, it appeared to be an immature little blue heron.

Later that evening, bird guides confirmed my educated guess. I re-visited the area several times attempting to capture better photographs of this very elusive bird, but each time it maintained a 300 foot or more distance from me.

So neighbors, to answer your question – it is an immature little blue heron! I hope that this heron remains in the area long enough that I can photograph it as an adult.

← What do Birds do on Hot Days?
The Buzz About Cicadas →