The Most Beautiful Violet in the World 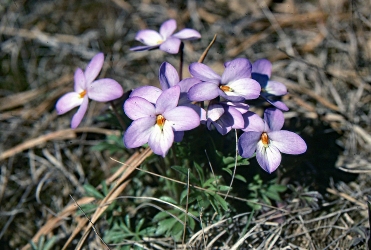 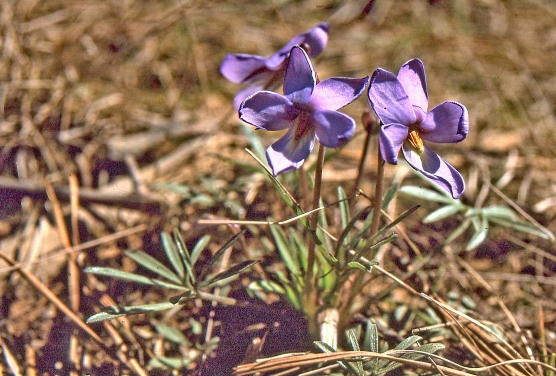 In the last few blogs. I focused on several species in the violet family. One of the showiest violets is the birdfoot violet. So called due to its leaves resembling a bird’s foot, it grows in drier areas than the other species I featured and at Connetquot River State Park Preserve in New York, I often found it on the sandy fire-lanes of the park.

It is as showy as pansies (a cultivated garden violet) with deep violet-blue colors highlighted by yellow-orange tipped stamens. This attracts bees and butterflies that sip its nectar in exchange for the pollination of its flowers for seed production.

This species thrives in the eastern half of the U.S. and is worth finding in the wild.

← One of New York’s Rarest Plants
A Wetland Violet →